A steam trap could be described as a device which distinguishes between water and steam, automatically opening a valve to allow the water to pass out, but at the same time trapping the steam and preventing its escape. to have further information about Ball Float Steam Trap read the more details part and know more about them.

?What is Ball Float Steam Trap

steam trap could be described as a device which distinguishes between water and steam, automatically opening a valve to allow the water to pass out, but at the same time trapping the steam and preventing its escape. Steam traps are used to ensure that steam is not wasted. Condensate and air when present in any steam using plant have the following detrimental effects on the efficient operation of the plant: (a) they take up heating space which should otherwise be occupied by steam, and (b) they cause a water film on heating surfaces, or a pocket of air, which restricts the transfer of heat. In practice, a steam trap has two separate elements. The first of these is a valve and seat assembly, which can provide a variable orifice through which the condensate can be discharged at such a rate as to match the rate of condensation in the equipment being drained. The second element is a device which will open or close the valve by measuring some parameter of the fluid reaching it and ‘deciding’ whether this may or may not be discharged.

Ball Float is a mechanical steam trap where the trap operates owing to difference in density of steam. In a Ball Float Steam Trap, the valve contains a floating trap ball. When the condensate liquid fills the body of the valve the ball floats on the liquid. The floating ball is connected to the valve gate by an iron rod in order to open the valve gate when the ball floats upward. On the  other hand, when the level of the condensate is low, it means the valve is filled with steam. The steam pushes the ball down and the gate will be closed. Furthermore, the valve can allow the steam to flow by a controlled or adjusted rate. 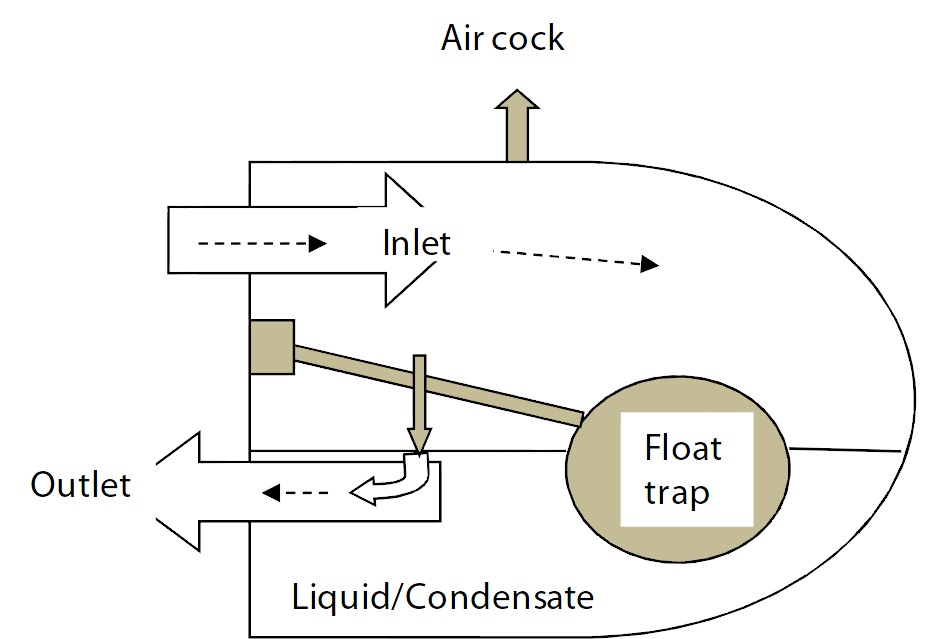 Ball Float Steam Traps are best suited for applications where there is a large volume of condensation which needs to be immediately evacuated in order to avoid water hammering, change of temperature and corrosion. Some of the most common applications are listed below:

Karajet is now an  innovative company and pioneer manufacturer of Steam Traps due to the R&D activiries during 26 year of exprience. according to the high efficiency of the steam traps products, karajet had many coopreation with different industries for types of steam traps.

:You can see Different types of Ball Float Steam tarps in the table below

Also you can find your Ball Float steam trap according to the Size and connection:

We Suggest you to download Karajet's Ball Float Steam Trap to know more about these types of products and see how the can help you.