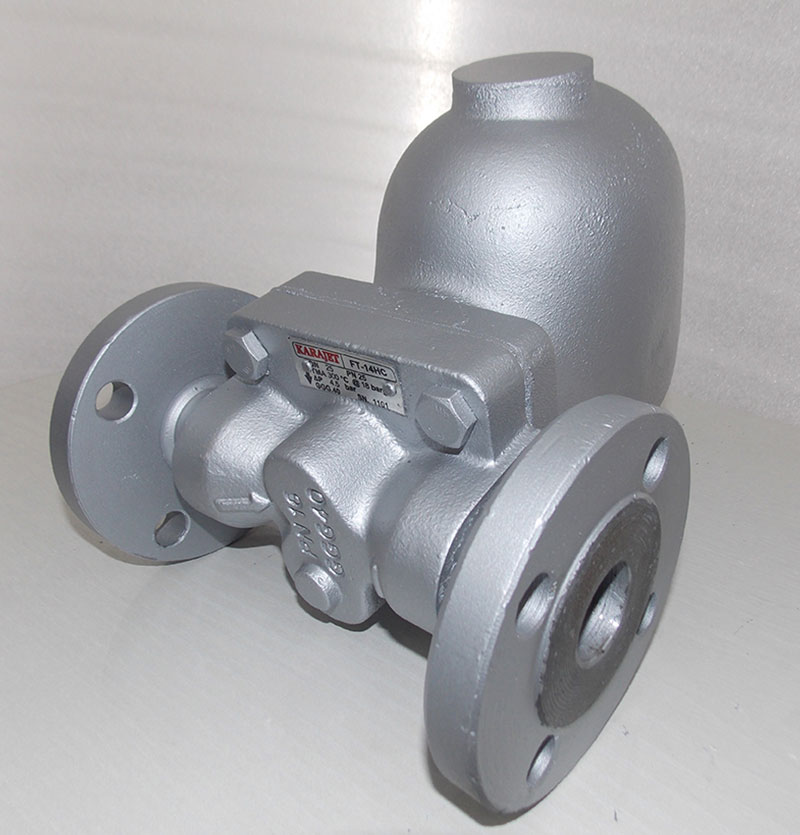 Wherever steam is being used,some of it will be condensed in heaters,tanks and condensers. As Presence of condensate in a steam system can cause physical damage due to water hammer or
,corrosion and also it can disturb fluidity & thermodynamic operation so we have to find a way for taking it out from the system.
We recommend you to read the "more details " part, if you want to know more about steam trap.

What is Steam trap ?

What is steam trap definition ? steam trap  is used to do this with negligible consumption or loss of live steam  Each steam application has its own steam trap requirements.  Selecting the right steam trap for your application could have a significant positive impact on your process.
For example: condensate must be removed promptly from a plant where maximum heat transfer is sought at all times.

Maybe the first question is that why steam trap is used ? to answer this question and know why steam trap is used we must know the steam trap function so  steam traps are automatic valves  used in every steam systems to remove condensate,air and other non-condensable gases while preventing and minimizing the passing of steam.if condensate is allowed to collect, it reduces the flow capacity of steam lines and thermal capacity of heat transfer equipment. in addition excess condensate can lead to "water harmmer" with potentially destructive and dangerous results. air that remains after system  startup reduces steam pressure and temperature and may reduces the thermal capacity of heat transfer equipment.non-condensable gases like oxygen and carbone dioxide cause corrosion.finally steam that passes through the trap provides no heating service.this effectivley reduces the heating capacity of steam system or increases the amount of steam that must be generated to meet the heating demand.

How do steam traps work?

How does steam trap work ? to know how do steam traps work, first we must  know that the steam trap function is not an easy task and condensate prresure and flow rate vary significantly at various points in a steam distribution system.also in steam trap operation ,as a result many different types of steam traps have been developed.steam traps are commonly classified by the physical process causing them to open and close.

steam trap operation in thermostatic type is based on the  difference in the temperature between steam and sub-cooled consendate.valve actuation is achieved via expansion and contraction of bimetallic element or a liquid filled  bellows. bimetallic and bellows Thermosstatic Traps are shown in these pictures

Thermodynamic steam trap are driven by difference in pressure applied by steam and condensate with the presence of steam or condensate within the trap being affected by the design of the trap  and it's impact on the local flow velocity and pressure.

We suggest you to read KARAJET steam trap  Catalog, if you want to know more about steam trap: